Do Kids Who Attend Daycare Get More Childhood Illnesses? 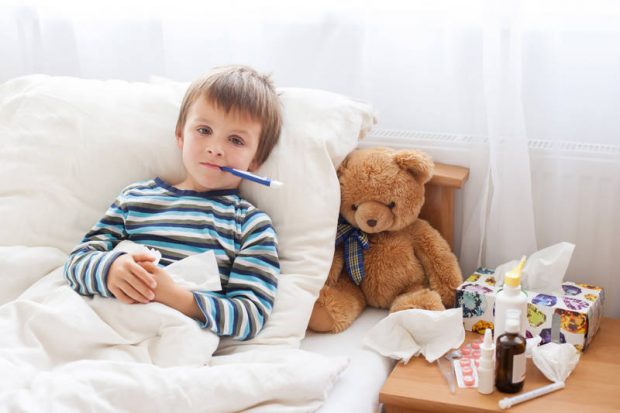 Parents have many concerns when they are putting their kids in a daycare center. It is understandable to worry about every little aspect of leaving your child with strangers, regardless of your circumstances. Even if you have done this before with your older kid, it is still a stressful experience.

One of the concerns for parents is the likelihood of their child getting sick or picking up some serious infection while they are at daycare. It is a reasonable assumption that a child is more likely to get sick if they are around other kids and adults. At home, they would only have contact with their parents and other family members.

However, does the data back this assumption?

Getting Sick at Home vs. Daycare

More than 135,000 children were studied in Copenhagen, Denmark to understand the relationship between daycare and getting sick. The study found that children who were attending daycare had a greater chance of catching a common illness, such as the cold. The chances are even greater when the children are two years old or younger. Moreover, the greatest risk comes when a child first gets to daycare.

Putting your child in daycare may be a case of taking some short-term pain for the sake of long-term benefits. The study in Copenhagen also found that children who are exposed to illnesses at a younger age grow to have a stronger immune system. They are less likely to get sick in the future, as compared to children who were always at home during their first few years.

It is completely normal for parents to feel like they need to keep their young children safe from illness. However, the truth is that parents cannot keep their kids locked up forever. You cannot erect an invisible boundary or a bubble around your children. Eventually, they will go to school, college and get a job. Their lives will involve encountering other people all the time. It may be a sensible decision to send them to daycare in their preschool years, as it would allow them to develop greater resistance to common illnesses.

Check Out How to protect your baby from germs at daycare?

0
What is the Average Cost of Childcare in California?
8 Things to Think About if You Want to Become a Childcare Provider