What is the Average Cost of Childcare in California? 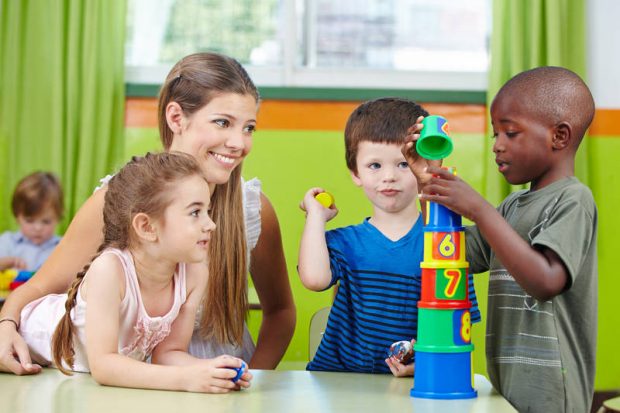 Raising a child is not easy under any circumstances. However, living in California while attempting to raise an infant is especially difficult. The cost of raising an infant in the state is higher than most other American states.

The average cost of child care in California is estimated at $11,817 per year – or $985 per month. It is ranked as 11th out of the 50 states when it comes to the most expensive childcare in the United States. Those who are planning to raise a child in California may want to understand the associated costs. There are many parts of the country where it is more affordable to raise an infant.

Infant care is just 26% less expensive as compared to the average rent in the state. It is a massive expenditure for many families. It is particularly least affordable for low-income families, where infant care becomes a significant percentage of their annual income. A typical family ends up spending roughly 19% of their annual median income on child care in California – for a single child. Families with more than one child face even high cost.

Child care for TWO children ends up average annual cost roughly $20,000 in California – on average. The figure puts it at 25% more of an annual expense than the average rent in the state. There are 31 metropolitan and rural areas in the state. In nine of those 31 areas, child care for an infant and a four-year-old kid costs more than rent!

Someone who works a minimum wage job would need to have a full-time job for 30 weeks to pay for the child care centers costs of a single infant. Many families with low-income earners have to choose between both parents working or one staying home. There are situations where one parent staying home saves the family money, as compared to both parents working and using childcare.

1
6 Things to Look for in a Day Care's Discipline Policy
Do Kids Who Attend Daycare Get More Childhood Illnesses?